Events will be posted here when information is available.

Sunday, November 18, 2018 - This will be the first event of the Winter season's shoots at the Niantic Sportsmens Club's muzzleloader range. This will be a Turkey Shoot! Registration starts at 9:30, with relays atarting at 10:00; two (frozen) turkeys will be given to the winners. See the FLYER for more information. 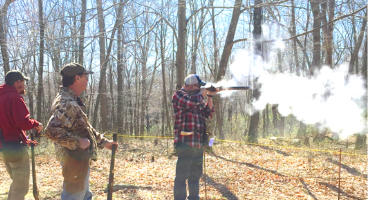 Aah - Spring seems to be finally in the air - and about time.

The fifth event of the Winter season. For once, a reasonably good day

The forth event of the Winter season. We thought we would need snowshoes - but then it all melted away for the 11 contestants!

The third event of the Winter season. Sorry, but no photos here...

A dozen shooters appeared for this second event of the Winter season. Sorry, but no photos here... 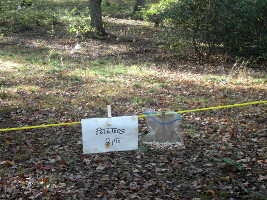 Another beautiful day and over a dozen shooters showed up to smash potatos and other defenseless targets - but some were very elusive. A video will (eventually) be linked to the picture. 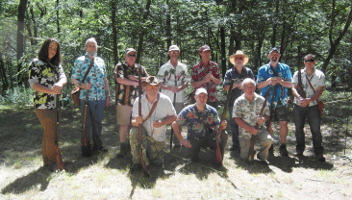 A lovely warm day and a passel of shooters decked out in the finest Hawaiian regalia. A video will be (eventually) linked to the picture. 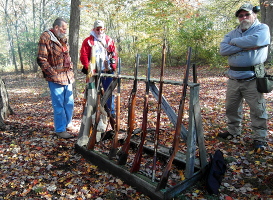 A great turnout of 22 shooters on a beautiful Spring day. This 13 station walk had both pistol and rifle targets (and some shot both). A video will be (eventually) linked to the picture.

A good turnout on for the trailwalk - unfortunately, no photos this time.

Nine very brave souls showed up on a bitter cold and winday day. No pictures, but their ancestors would all be proud of them... 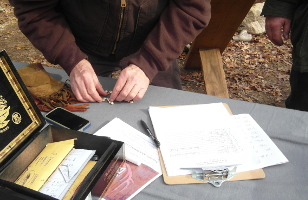 Fourteen shooters enjoyed a chilly day with some cold hands but a nice warm campfire lunch.A video will be (eventually) linked to the picture.

No photos available... It was a very cold, snowy and generally nasty day, but nine brave shooters came out to compete. There is no word on whether the blanket survived...

Twelve shooters enjoyed wonderful weather (and some tough targets) on this 12-station woods walk. A video will be (eventually) linked to the picture. 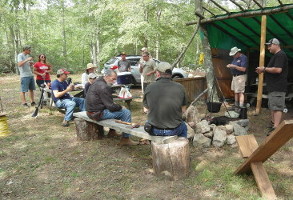 Fourteen shooters enjoyed a lovely day and a campfire lunch. A nice start for the shooting season. A video will be (eventually) linked to the picture. 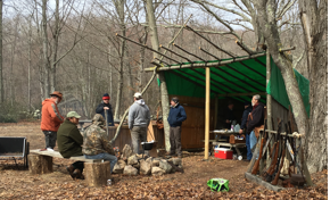 Thirteen shooters enjoyed a lovely day (and the new lean-to). It was a tough walk, with the top shooter getting 18/38. [Pic by Mark Price] 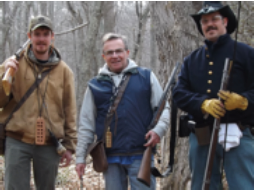 It was a great weekend day for all the shooters. 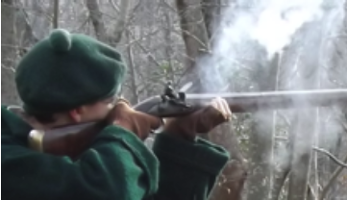 Finally! After two cancelations, the weather let up enough for thirteen hardy souls to come to this third shoot of the season. Congratulations to all the intrepid shooter. 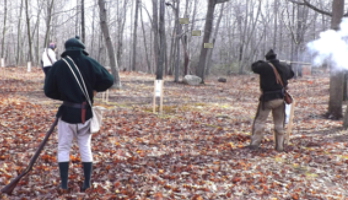 Twenty one shooters appeared out of the mist as the snow and rain ceased, and as you can see, their powder was quite dry! Click on the picture to see a photo collage of the meet. 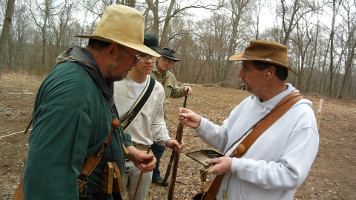 Lots of shooters on a fun course - what could be better for this great Spring day!! Click on the image to see a video of the event. 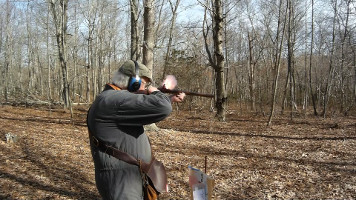 We had about 15 shooters show up for this first Spring-like Sunday. It was a little windy and cool, but everyone had a geat time! Click on the image to see a video of the event. 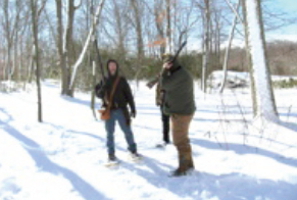 Kudos to the Black Powder Committee and the five participants who were able to show up just after a blizzard - in snow shoes, no less. This was a show of old-time perseverance! 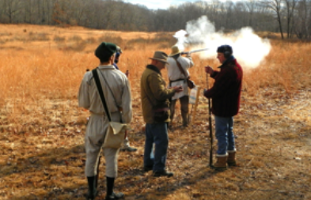 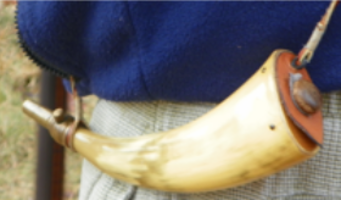 Beautiful weather for the first Winter trail walk of 2014. John Stratton provided two photo-montages of the shoot. Click on the small images to see them. 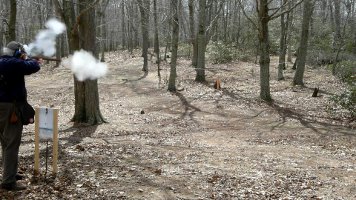 Finally - the start of Spring! Click on the image to see a video of the event. 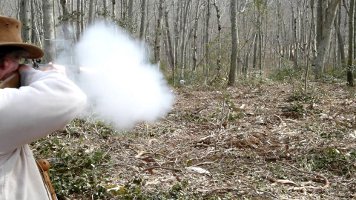 A cold day, but at least between blizzards... Click on the image to see a video of the event. 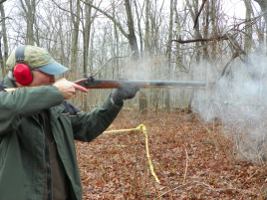 Click on the image to see a slide show of the event. 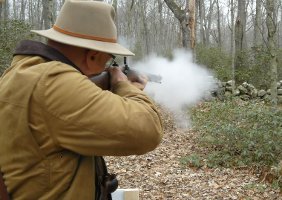 We had great walking weather for the third black powder woods walk this Winter. Click on the image for a video of the shoot. 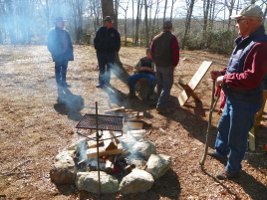 We had a great second woods walk on Sunday, February 19th at the new trails. Click on the image for a video of the shoot. 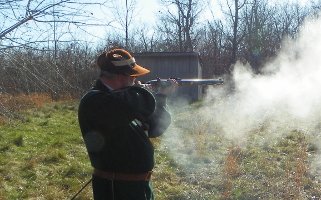 Just prior to the Winter trailwalk season, we had a card shoot at the upper range. Click on the image for a video of the shoot. 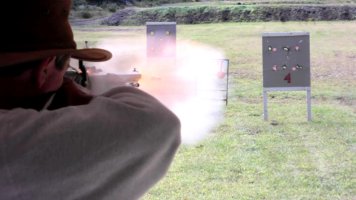 Just prior to the Winter trailwalk season, we had another field shoot. Click on the image for a video of the shoot. 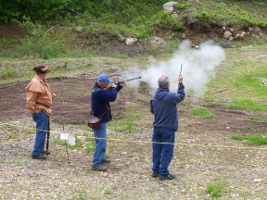 This was a new type of shoot for the club, and it was a lot of fun. Not having to march up and down mosquito-infested hills was a big plus too! Click on the image for a video of the shoot. The many shooters were challenged on this first day of really fine weather by the black powder trail crew's interesting and devilish targets. This was the last trailwalk of the season, but there will be other BP shoots on the club range. Click on the image on the left for a short video clip showing some of the targets.

The day was beautiful and sunny, for a change, and we had nine shooters, which was good considering this shoot was held only a week after the last one, and word may not have gotten out. If you click on the photo, you will be taken to a video of the event.